The Garçonnière by Ali MacLagan 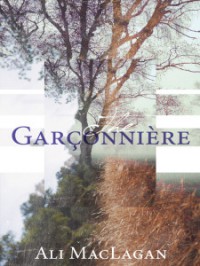 “The past is not dead. It's not even the past.” William Faulkner.

This video was taken a few days ago. A teenaged girl of color took out her phone in class and refused to leave. The police were called, and, when the girl refused to leave her desk, the officer choked-slammed her to the floor and dragged her across the floor. He could easily have broken her neck

This is one of a million examples of recent racism, but it resonates particularly with this book, because at one point Joseph, the slave, is beaten for refusing to do something fairly minor. Today, a black person can be brutalized - even killed - for a small bit of stubbornness, with no repercussions. In fact it happens all the time.

I feel for the author of this story, because I can tell that she did a lot of research and tried hard to depict the horrors of black slavery in the U.S. Sadly, she was blind to how she was trivializing those same horrors, and the story is unintentionally painfully racist. Others have discussed why in detail, so I will just bring up one aspect that hit me especially hard. Joseph is in a completely powerless and dependent position with respect to Henry, from beginning to end. Every bit of safety, comfort, life necessities, and health depended on Henry. It felt more like lifelong Stockholm syndrome than a romance – and this is never addressed.

This story was written for the Love is an Open Road event sponsored by the M/M romance group on Goodreads, and unfortunately, none of the beta readers or the LOR editors who looked over the story saw it either. It was only when the story was published that the racism in the story was spotted and made public, the outcry began.

Here I think the MMR group did the author a severe disservice. Instead of saying, “it was obviously quite unintentional, and we failed to spot it too, but this story is racist and we need to acknowledged that and remove it,” they closed forces and told those offended to get out of the group and stop disturbing their beautiful minds. Now the author will forever be known for this offensive story, rather than it being a footnote in her career. Most people would have forgiven her – and the MMR group – for making a mistake and correcting it is soon as they realized. What is much harder to forgive is the choice they made to ignore how much they were hurting people and “get past it” by shutting down all conversations relating to the problem on the MMR group.

Edited to add: in case anyone missed it, there is an excellent discussion of this book here:
https://www.goodreads.com/topic/show/...