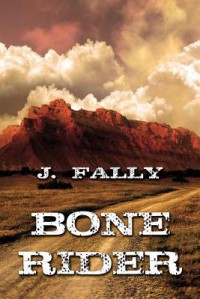 **Possible small spoilers for this book and also Shards of Honor/Barrayar.**

This book has one of my favorite kinds of romance.  I'm not sure how to describe it. Perhaps intense connection where it shouldn't exist and deep loyalty before it should have been earned - but it pays off most satisfyingly.  The romance reminded me a bit of Shards of Honor/Barrayar by Lois McMaster Bujold.  That book also had constant adventure and peril, serious mismatch of values and life experience, every reason for the relationship to explode in disaster and only the slenderest chance of things working out. You need a big emotional payoff after that kind of trial, and this book - like Shards of Honor/Barrayar - had it.

Science fiction was my first love, and I still do love it.  Nothing else brings the fun and the adventure in quite the same way for me. And this book was so, so fun.  I love characters from two different cultures coming into contact with each other and trying to figure each other out.  The development of the relationship between McClane and Riley was even more delightful to watch than the relationship between Riley and Misha.

I also loved the loyalty and friendship between several of the secondary characters.

What I didn't love so much:

- The violence.  I realize that this was in part an homage to Die Hard, and I tried to take the violence and deaths in that spirit, but I was only partially successful. So, so many deaths, and none of them necessary.

- The mob stuff.  I have never been able to enjoy mob movies and books as much as many do, because I can't quite separate my moral disgust for what they do from the characters (I have the same problem with pirate stories).

- The army scenes.  Again, the choices the leadership made were so consistently bad and resulted in so many unnecessary and pointless deaths on both sides.  I couldn't like characters and I didn't want to spend so much time with them.