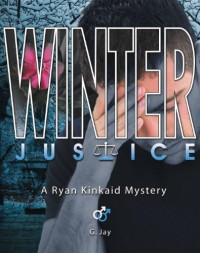 Well, rats.  The mystery itself wasn't too bad, but the characters were annoying and stupid, people did illogical things whenever the plot required, and the writing was clunky.  Some things that annoyed me:

- at one point the main character yells at his friend who is in the hospital after attempting suicide. Literally yells.  And tells him it is a good thing the scars on his wrists hurt.  I really don't like the trope of yelling at someone for getting hurt anyway, but this was way beyond that.

- the way the attempted suicide was handled was flippant and unrealistic.  The character tries to kill himself after a police officer acts a bit suspicious of him, goes to the psych ward, and is out and fine in a few days.

- it is a longstanding trope in mysteries that the cops are going to settle for the easiest suspect and not do a thorough investigation, so the amateur sleuth has to step in.  But this time, the police office had every reason to be thorough and no reason to want Ryan's friend to be guilty - Ryan had just cleared a relative of the cop from undue suspicion.  In service of the story, the cop had to be completely incompetent - he couldn't even do a basic background investigation of the other suspect.

- and when I say "other suspect", that is what I mean.  There were two suspects.  It wasn't a locked room mystery, the means of death was poison (which could have been put in place earlier), and everyone decided immediately that the two people in the house when the victim died were the only two people who could have done it.

- almost every character was annoying - bossy, flippant, insensitive.  Ryan was especially this way.  I was amazed to read that he is supposed to be 40 - he acted like a not very mature 20 year old.